Welcome to the Governor section of the school website. Our Governors are a key part of the strategic leadership of the school and play a vital role in helping to ensure our children get the best from their time in Two Mile Ash.

The Governing Body of Two Mile Ash is a vibrant group of volunteers, who help set and dedicate themselves to the vision, values and strategic direction of the schools, maintaining their individuality whilst encouraging collaboration and sharing of excellence. They share responsibilities for monitoring and evaluating the performance of the schools in delivering a fulfilling, broad and balanced education for all their children. The Governing Body meets at least 6 times throughout the year, focusing on the key strands of Educational Excellence, safety and wellbeing of pupils and the schools’ part in their fast-growing and dynamic communities.

The remit and responsibilities of the Governing Body are outlined in the Scheme of Delegation of Inspiring Futures through Learning, our Multi-Academy Trust and can be found at www.iftl.co.uk

If you wish to make contact with James Blackhurst, please contact: Hayley Cutchey , Clerk to the Chair of Governors please do so by sending a letter in a sealed envelope marked for her attention via the office of either school, or via email on: hcutchey@iftl.co.uk 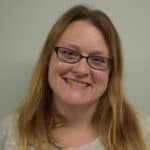 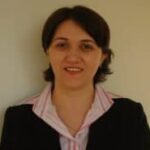 My name is Maria Crisu. I joined the Governing Board at Two Mile Ash School in 2016 whilst also being a parent governor at Loughton Manor First School between 2015-2019. I am currently a link governor for ‘Non-core curriculum’. My older child attended Two Mile Ash School until 2018 whilst my youngest one is currently in Year 6. My professional background is in Marketing and I worked across various sectors both in the UK and abroad; my current role is in the Higher Education sector. 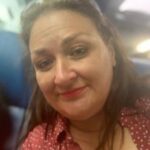 My name is Julie Cameron. I have just recently joined the Governing Board for Holmwood School & Nursery and Ashbrook as one of their Staff Governors. I have a little girl aged four in Reception at Holmwood. I work in Holmwood as a one to one SEND Teaching Assistant and I also volunteer for a couple of afternoons each week, doing odd jobs in and around the school setting. My previous job roles include Sales & Marketing and Recruitment. 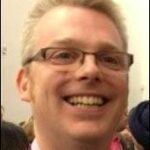 My name is Andrew Hodgson and I have recently joined the Governing Board for Holmwood and Ashbrook as a Parent Governor, also acting as the Maths focal. I have three children – two at Ashbrook, in Reception and Year Two and one at Two Mile Ash in Year Five. I have worked in the Retail sector for many years, previously in operational roles and more recently in a planning and investment capacity. 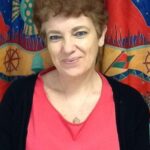 My name is Jane Watkins and I joined Ashbrook School in September this year as an Early Years Teacher. I am passionate about ensuring children follow their aspirations and improve their knowledge whilst at school. I enjoy the oversight of school that being a Staff Governor provides and feel that I can contribute in a positive way to key decisions and discussions. I also feel that being a part of the Governing Body is invaluable to my own professional development. At a previous setting, I also held the role of a Staff Governor and held this role for four years.

My name is Nadia Dorville and I am a parent Governor. I am a fairly new Governor and have been on the Governing Board for Holmwood and Ashbrook for a little less than an academic year. I am also the Early Years link Governor. I have two children, one in Year Two and one in Year One, both at Ashbrook. My background is predominantly HR, but I am currently employed by Milton Keynes Council as part of the School Improvement Team. 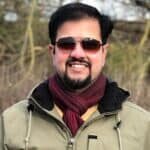 My name is Tushar Pai and I have been a Parent Governor at TMA School since Jan 2019. I have two daughters, with the elder one in Year 5 at TMA. I really enjoy being able to contribute towards my duties as part of the Local Governing Body of TMA, Ashbrook and Holmwood schools. Recently I have taken on the responsibility of the Wellbeing Governor and look forward to this role. I have worked in IT Services sector for two decades before switching to the Higher Education sector and have been working at The Open University for the past two years. 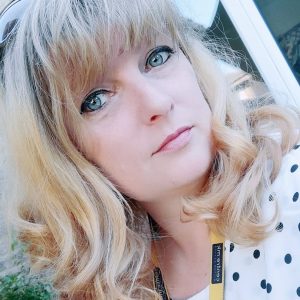 My name is Ellie Miles and I joined the board this year, 2022, as a board appointed governor for the Bridge Partnership across Holmwood, Ashbrook and Two Mile Ash Schools and the Secretary to the PTA. I am the co-founder of the Love Local hub supporting small local business & Innovation in Education and support and volunteer across many charities in Milton Keynes including the NHS in their Specialist needs services & Sci-Fi & Film Museum, alongside my full-time role of Innovative Placemaking account director for over 100 retail schemes across the UK. I have a son attending Two Mile Ash Y3 and hope to bring new skills and ideas to the IFTL & Schools partnership.

We use cookies on our website to give you the most relevant experience by remembering your preferences and repeat visits. By clicking “Accept All”, you consent to the use of cookies. Read More
Accept All
Manage consent

This website uses cookies to improve your experience while you navigate through the website. Out of these, the cookies that are categorized as necessary are stored on your browser as they are essential for the working of basic functionalities of the website. We also use third-party cookies that help us analyze and understand how you use this website. These cookies will be stored in your browser only with your consent. You also have the option to opt-out of these cookies. But opting out of some of these cookies may affect your browsing experience.
Necessary Always Enabled
Necessary cookies are absolutely essential for the website to function properly. These cookies ensure basic functionalities and security features of the website, anonymously.
Functional
Functional cookies help to perform certain functionalities like sharing the content of the website on social media platforms, collect feedbacks, and other third-party features.
Performance
Performance cookies are used to understand and analyze the key performance indexes of the website which helps in delivering a better user experience for the visitors.
Analytics
Analytical cookies are used to understand how visitors interact with the website. These cookies help provide information on metrics the number of visitors, bounce rate, traffic source, etc.
Advertisement
Advertisement cookies are used to provide visitors with relevant ads and marketing campaigns. These cookies track visitors across websites and collect information to provide customized ads.
Others
Other uncategorized cookies are those that are being analyzed and have not been classified into a category as yet.
SAVE & ACCEPT